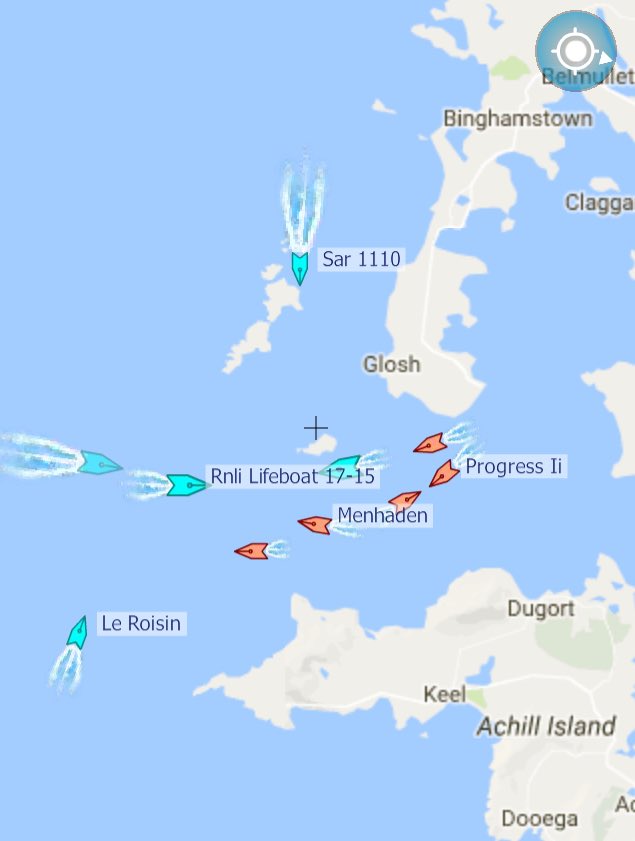 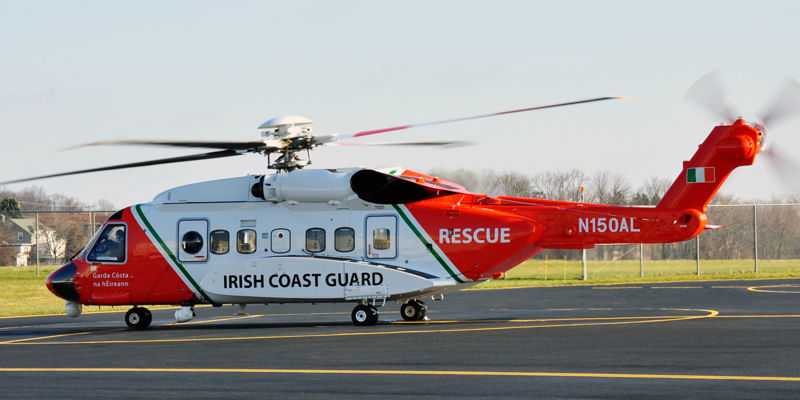 One of four crew members from a missing coastguard helicopter has been rescued off the west coast of the Republic of Ireland.

The crew member is understood to be in a critical condition.

Those on board lost contact at about 01:00 local time on Tuesday.

Debris has been spotted in the water and a search by two RNLI lifeboats, two Irish Coast Guard helicopters and several local fishing boats is focusing north of Achill Island in County Mayo.

The aircraft was providing cover for another coastguard helicopter on a mission when contact was lost. 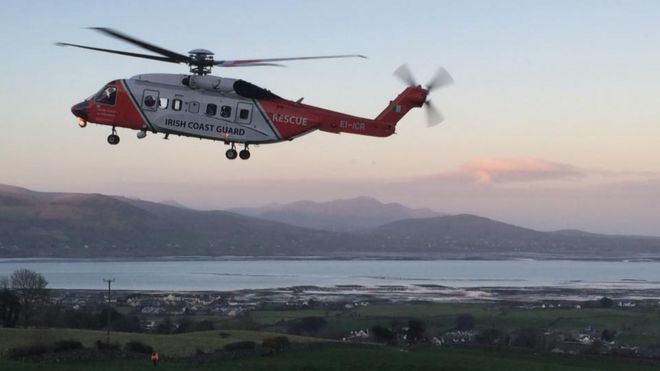 Respond to emergencies at sea, inland waterways, offshore islands and mountains across island of Ireland

Handle about 2,500 marine emergencies each year

"It's a dark day for the emergency services in Ireland, we recovered one person this morning in the search and we don't hold out too much hope for that person," said Mr Clonan.

"As the day moves on, hopes are fading that we will find the rest of the crew."

The Irish coastguard's Sligo-based helicopter had been responding to a distress call from a crewman in need of medical attention on a UK fishing vessel.

A second coastguard helicopter from Dublin, R116, had been assisting in the operation, about 150km west of Eagle Island, when it went missing.

Conditions were described as good when the helicopter - crewed by two pilots, a winch man and a winch operator - lost contact on its final approach to a refuelling depot.

Declan Geoghegan from the Irish Coast Guard said the accident had hit the "rescue family" hard.

"The Shannon-based helicopter spotted some debris in the water and the latest we have is that one crew member has been recovered in a critical condition," Mr Geoghegan told BBC Radio Foyle.

"We don't know what happened and obviously there will be an air accident investigation into it.

"We'll continue to search for the missing crew members until such time as we have recovered them and the flight recorder."

The Irish Minister for Transport, Tourism and Sport expressed concern for the missing crew and their families.

"As the search for the Dublin-based helicopter R116 is currently under way I would like to express my sincere support and sympathies for all those involved," said Shane Ross.

The search operation is being lead by the Coast Guard Rescue Coordination Centre in Malin Head, County Donegal.