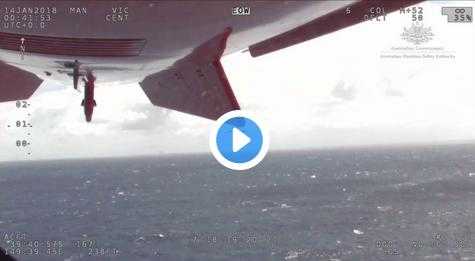 Six people were winched to safety after their boat Hollywood Boulevard, which took part in the Sydney to Hobart race in December, began taking on water in seas 150 kilometres east of Flinders Island about 8:45am yesterday.

Victoria Police, Ambulance Victoria and car transporter ship Trans Future 7 joined the rescue effort after the crew of the 16-metre yacht activated its emergency beacon when it began taking on water following a collision with what crewmembers told Fairfax Media was a "large fish".

The crew were reported as all being safe and well, however the Hollywood Boulevard, which was returning to its home port of Sydney, sank.